New Comic is up.

Occupied #2 is up, for anyone interested in my non-warhammer stuff. I think there could be a warhammer comic of sorts gracing this very page in the future.

Occupied #2
Posted by Rednekkboss at 8:27 PM No comments:

Some progress has been made on camoflage. Now I'm detailing- painting stowage,weathering,etc.  That will take a while. But here's the progress so far. 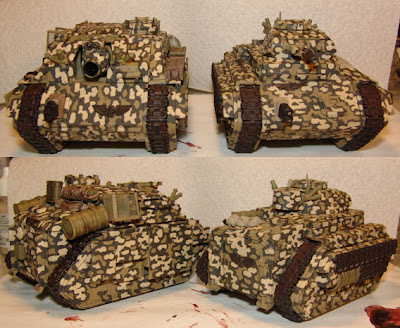 One more of the Stug/Medusa. I tweeked the guard uniform pattern as well, to mimic the armor pattern more, by adding a little of the dark Chardonite Granite. Its kind of hard to tell in this shot, but it really looks good. I've got the command squads in progress, so shots of them will be up soon. 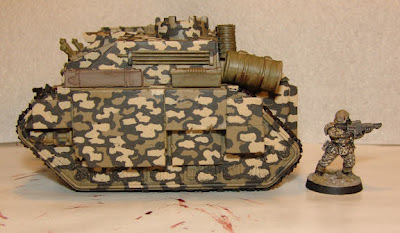 Eagerly awaiting my minigun/heavy bolters from Poland (along with some evil for my chaos hoards) The push is on to get the army complete and to a painted/playable level. I expect to try to get in a few games with it before the big push to sell it but thats a few month off and 6th Edition, as well as a new Chaos codex is on the horizon. Frankly, I'm a bit too excited about that.... must be my Slaaneshi side.

I've come to a frightening conclusion. I have too many armies and too many miniatures. What does this mean? Well, good things for followers of this blog, because I've decided to schedule painting/building time each week.... like its a part time job. The down side, I'm planning to try and sell off the armies I'll be painting.

Doesn't sound too bad.... but considering the state of them at present, there's a hell of alot of painting to be done.  The Raptors are the closest to done, so I'll finish them up and get a Shrike conversion done.
Then, the Guard, then eventually the rest. So, if you know anybody that might be interested.... tell them to keep an eye out here. I'll happily sell to friends or friends of friends before going to E-bay.

Somewhere in the mix, I'll want to work on the armies I intend on keeping for a while. So, expect a strange mix of posts int he future. I'll post some pics in the wee hours of friday morning.

Cheers, ya'll.
Posted by Rednekkboss at 11:00 PM No comments:

Well, the real world has gotten in the way of getting anything finished, but I'm plugging along on the camoflage...and my patience is wearing thin. Here's one of the real world distractions... he's helping me type right now. 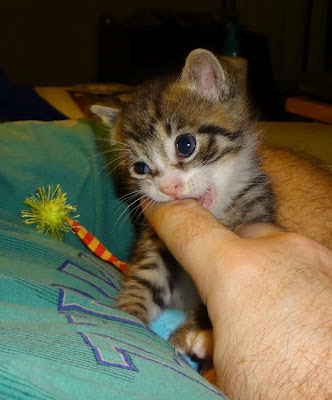 Not to mention that, I'm going to miss the TICO Warbirds  airshow again this year (that always makes for an irritable rednekk)  I think I'll need a side project which isn't painting, like building something, so there will likely be some sort of building project to go along with the camo/ tank painting in the next update.  Should have something good up in the next couple days.... most likely Saturday night, so keep a weather eye open.

Stage one of the camoflage is done on the Stug-Medusa and the Leman Russ.

Now the somewhat tedious Stage 2 begins... the end product on the right.