Hobby time has been at an all time low, while the honey-do list is at its highest here at Casa D'Rednekk. The wife is off for the summer and we're trying to get a few projects we need to do together done before she has to start planning for her next crop of students.  I've gotten basically NO painting done and a bit of fiddling with this and that. One of the projects, which starts tomorrow is straightening and reorganizing the hobby/art room.  In the long run it should be easier to get my hobby and art work done, right now its basically a path through storage so I can sit cramped at my hobbyy table. Cleaned out the new storage area today, so tomorrow I can move a TON of junk out.... and THROW another ton out.  I also have a trunk full of stuff that was my dad's which I have, so I may share some cool photos from his "Pacific Vacation" as he used to call it from 1942-45.

On to the hobby.  I'm fighting the idea of new purchases, but I have two problems. I really sort of "need" the new Space Marine codex. I have a total of 3 armies it basically effects, if I include my Raptors Space Marine army that I still have a couple things to add to. Secondly, I.... well, I hate to admit it, but some of the Age of Sigmar models look reeeeeeally good to me The gold guys scream a few ideas at me. 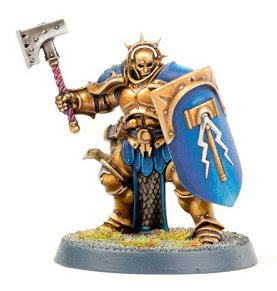 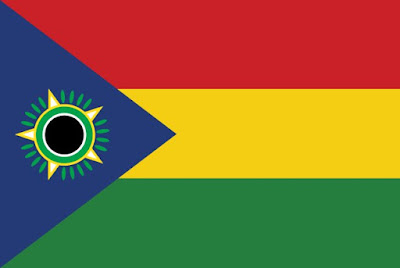 As for my Tropico themed army, I'm gearing up to order some heads. Probably in August, so you may see a few painted headless guys for a while. :)  The plan is for one standard infantry platoon, with special weapons and heavy squads attached. The rest will be Veterans. I also have  the older metal Cadian Kasirkin that I'm going to use as storm troops. I haven't fully decided on head swaps with them, mostly because its a serious pain in the ass and you can potentially destroy a good deal of detail on the model wit a runaway dremel.  Besides, the boys out of the East Point Academy could use Cadian standard gear... makes sense.

For the standard troops, I'm looking at the spot camo and these.....

For the famous Tropican Red Berets, I have beret heads from the new stormtrooper kits, but I may need extras for my NCOs too

And lasty, a few of these guys for some of the special ops guys.....

Also considering these to add even more flavor....

So that's the eventual plan. I have 2 Valkyries and a Chimera hull...which might end up playing multiple roles. I'm hoping NOT to buy anything else for it, leaving room for allied Space Marines. BUT.... I kinda love the idea of a tank named El Diablo Pollo.

Hopefully, the art/hobby room project won't take more than the week end and this coming week I'll have better update. The chances of me finishing my ETL4 vow by August 1st, however,  are about as good as Donald Trump's chances of being the next president of the US. :(

Posted by Rednekkboss at 7:08 PM