Just checking in to let ya'll know I'm still breathin'!  Its my annual break, about the closest thing I get to a vacation most years.  I'll be back at the hobby stuff soon enough... in the meantime, I'm enjoying this... 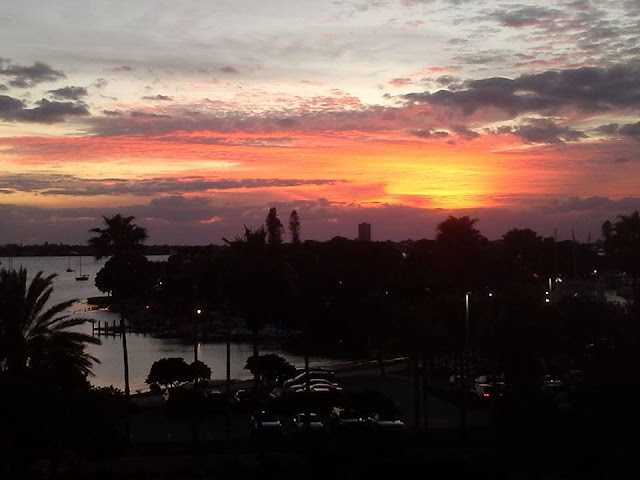 Also picked up a GREAT book on Meso-American cultures. I've been studying them on an off since college, though usually from an art point of view. The more I read, the more I begin to build an uncharacteristically serious background story for the Apostles of Quetza,  I knew about the blood sacrifice, but the flaying and wearing of skins along with rampant cannibalism was something I somehow missed.  There may be a schism in the Chapters future(or past).  But more on them, the Tropico army and the rest after my Thanksgiving break.

The Ironclad is finally finished. Revered Brother Orkin, known for his legendary bug killing abilities, now joins the other modles of Stike Force Ickarius, who sit idlly by in their foam trays waiting for the next eclipse/planetary alignment when I might actually play Warhammer 40K. 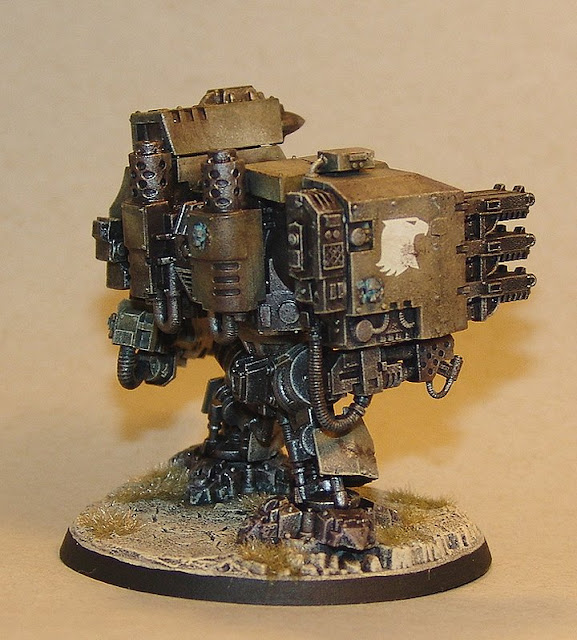 One from slightly above to show off the pretty cool base. I LOVE crackle medium. 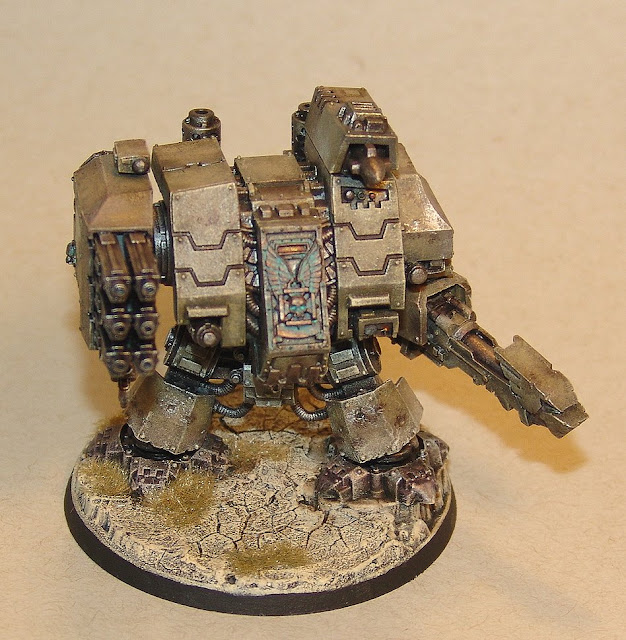 As for El Presidente, he has his glasses all set (aviators) and a new thumb. His base is also done so I can finally glue him to his legs. Now, its just finishing up the uniform details. 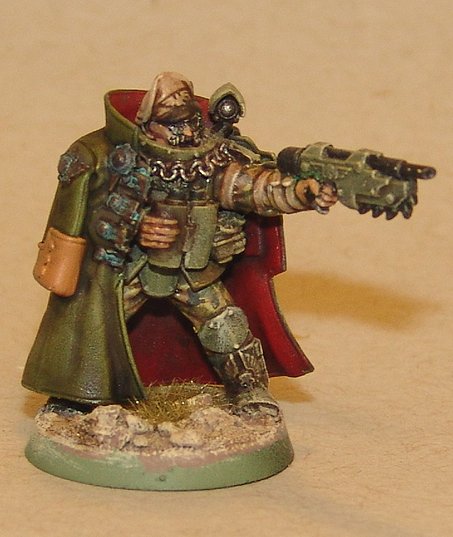 More painting coming, thought the holiday season will definitely impact the number of posts (job #2 is retail...ugh)  I'm going to try to get the Apostles of Quetza sergeant and characters going as well as build the other 9 tactical marines for him. Its an allied force so 1 HQ, 1-2 troop (1 tactical... maybe 1 scout), 1 Elite (terminators) 1 FA and 1 HS- still deciding on the last 2.  Any suggestions?