Finally! I have hobby time.  Looks like things are back to almost normal here at Casa d'Rednekk, so I'm scheduling in regular hobby time.  I'm not one for New Year's resolutions, but after contemplating the reality of my hobby situation, I am determined to turn over a different leaf this year and concentrate of finishing one project at a time rather than bouncing around. Ya'll can start a pool on how long this will last and let me know who wins. ;) 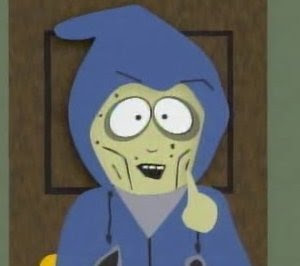 I've been dealing with an unknown plague (and pink eye) thanks to the kindergarteners my wife teaches, so in my down time I put my nose in codexes. Also found out I have a HELL OF A LOT more marines than I thought I did. With an eye on limiting my purchases and building what I have I settled on what the Tropic-themed Guard army and The Apostles of Quetza will include.  There will likely be a couple purchases for the latter, but not much.

For the Apostles of Quetza, I'm planning the following:

I've already got terminators in the works, so there is a chance I may do the First Company Task Force as well.

I found a GREAT book about the Meso-American cultures over the holiday (in the bargain books section as well) which has an absolute ton of great images as well as a ridiculous amount of information.  Its turned my original approach to the chapter on its side. I plan on making a bit too much work for myself with some of the conversions, but if ever there was a "showcase army" to be done, its this one.  And since I don't play anymore, I might as well knock this one out of the park. I'm still not sure how some of these guys fought in cetain get ups though. I hope that guy on the right doesn't fall down, he might have a hard time getting up. 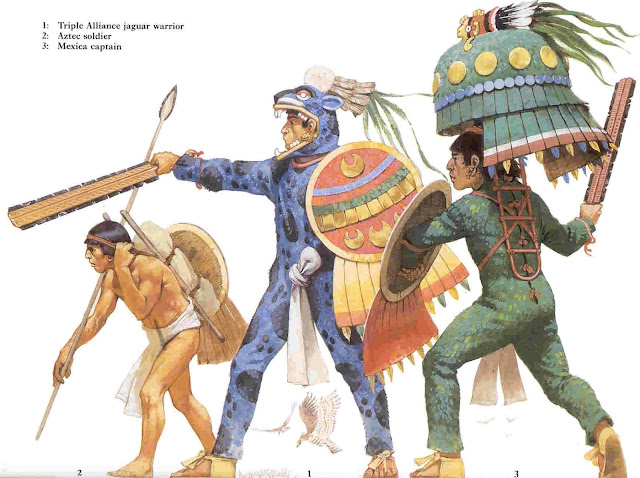 Though it violates my "one project at a time" vow, I will likely be building some of the Tropico army as I'm converting and painting the AoQ. Here's the humble beginnings of the 1st Tactical squad. 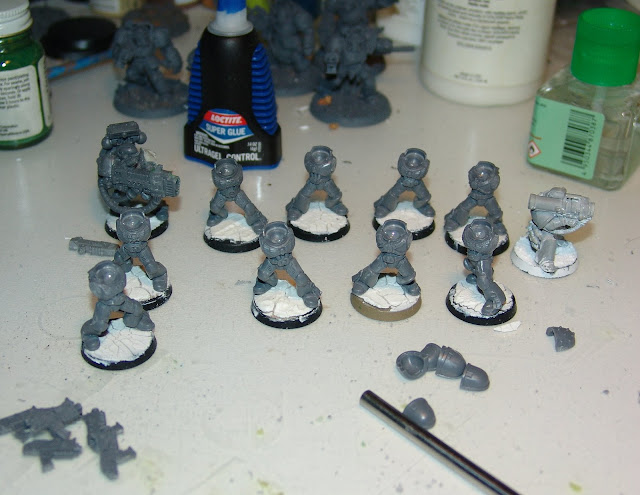 Sometimes you have to wait for things to dry and not touch them.... that's my excuse.  For the Tropico Archipelago's finest, I'm planning the following... again, with no new purchases in mind. 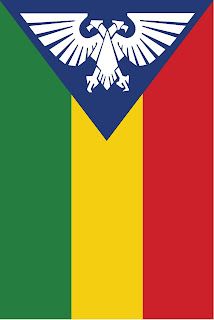 I have 1 Chimera as well.  The urge to buy some vehicles is a hard one to fight. So depending on how much fun I have painting this lot, it'll depend on whether or not I can resist trying to figure out how to convert IG vehicles into something that looks like a T-34. To me, the Taurus just scream to me for this army, but again.... how much money do I want to spend. On its own, this list would need some heavies.

Also toying with sculpting a beard on El Presidente to go more with the Tropico theme. 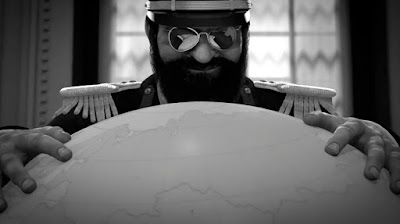 And I went and ordered these from my good friends in Poland. So much for trying not to spend money, but it really needs to be done. 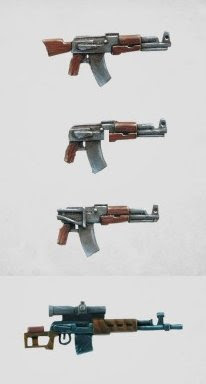 I'm setting a very loose deadline for myself of October to get one (or both ) of these armies mostly done. I still have an absolute TON of Chaos and Orks that need building... along with a small Necron allied force.  So, still lots to do.  Working on some artwork, so I know what I want to convert so you may see some of that before the serious painting begins AND there is a comic in progress while I figure out how to use my Manga Studio program.  Should be a fun year.

That's all for now. I'm off to work on marines and play with some green stuff.

The State of My Hobby Address: Rednekk Version. 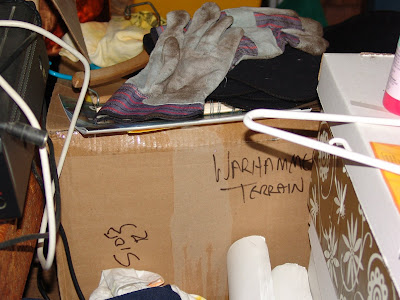 This picture kind of sums it all up. There it sits, in a pile in my garage (because Florida homes have no storage except the garage) Yup, no more actual playing for me. However..... 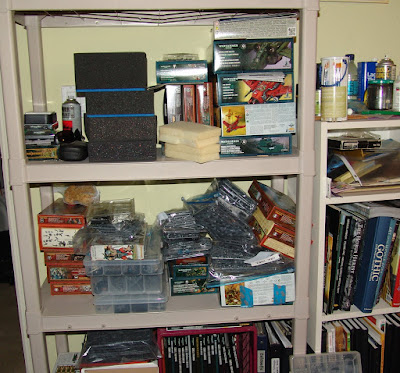 .... here's just some of the models I have yet to build.  So, if nothing else my humble hobby blog will keep plodding along.  I still am not sure what to do with all of these models. Sell them? Let them collect dust? Give them away? Either way, I enjoy painting and converting.  I doubt I'll be purchasing too much more (crosses fingers)... especially books, but they keep coming out with cool models and it makes it tough not to buy something once in a while.

Now, after a month and a half of retail torture, I'm back at the hobby stuff. The plan is for 3-4 posts a month.  And for something a little different, I'm answering the question "What do orks do to a captured Imperial cruiser?'  Here's the start of this little side project. 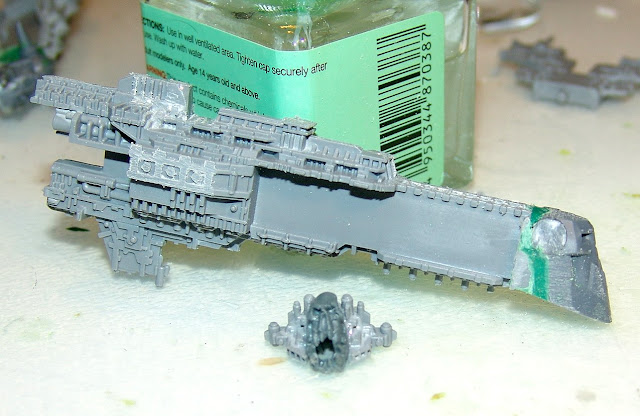 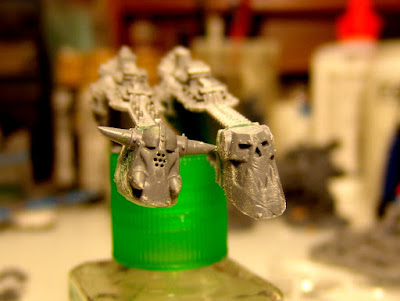 More to come.  Hope you all had a great holiday season with whatever holiday you celebrate.

Cheers Ya'll!
Posted by Rednekkboss at 9:43 PM No comments: