In this case, after a quick and dirty Ork-like hack job on the resin terrain piece, I have to rebuild parts of it to fit with the flying stand.  SO... here we have greenstuff. Drying. Wow. 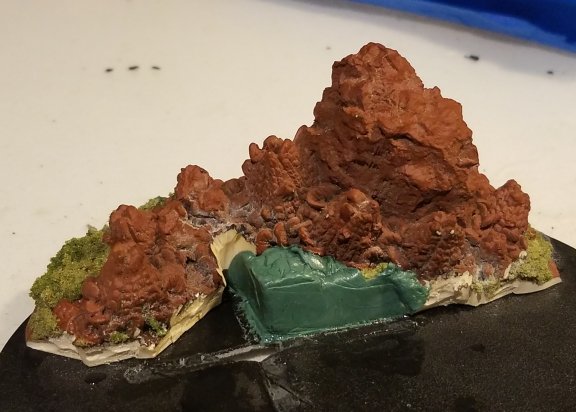 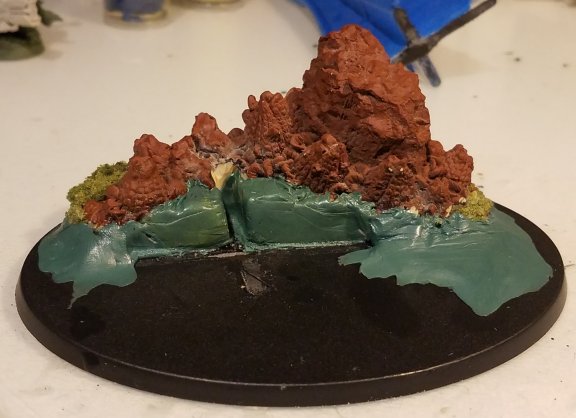 So the next step, once this is dry is to see if I want to put any on the otherside of the "X". After than comes adding terrain junk and probably sculpting a few more of those funky looking egg/plant things. I may, after taking a close look at the sculpting, resurface the ones that are on there.  Might as well make the project laborious and tedious, huh. But, often enough, that's how you get the cool end results.

Near future plans aside from chipping away at my enormous painting backlog include:

Finishing the Pox Joker.
Making some more poxwalkers out of spare parts
Primarius Raptors (yup, stinkin' loyalists)
AND what will likely be my final personal 40K army, starting the chaos genestealer/Tyranid army.

That's just the hobby stuff. I'm working on some warhammer comics as well as other artwork for a large extended project and could possibly be changing real world jobs soon.  But, ya know... that last one never interupts hobby time.  Right?

Cheers Ya'll!
Posted by Rednekkboss at 11:19 PM No comments: