The lads are primed.

Went with brown, which I'll follow with the "standard" brown/black wash. I left the arms off for painting. 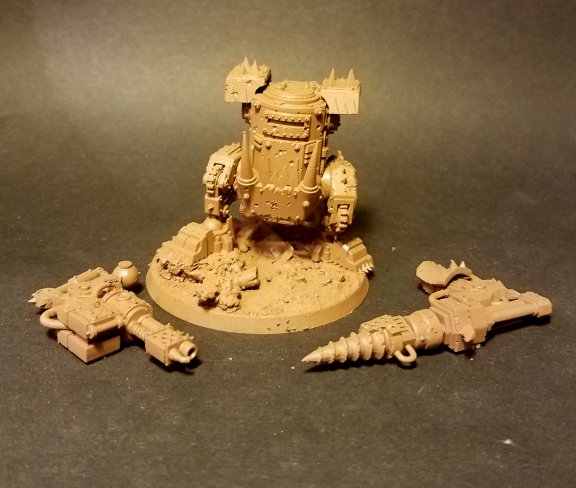 These two still need some DAKKA!!!!!  I'm scratch building a couple grotzookas for them, so that's next. But in the meantime, they are ready for a wash. 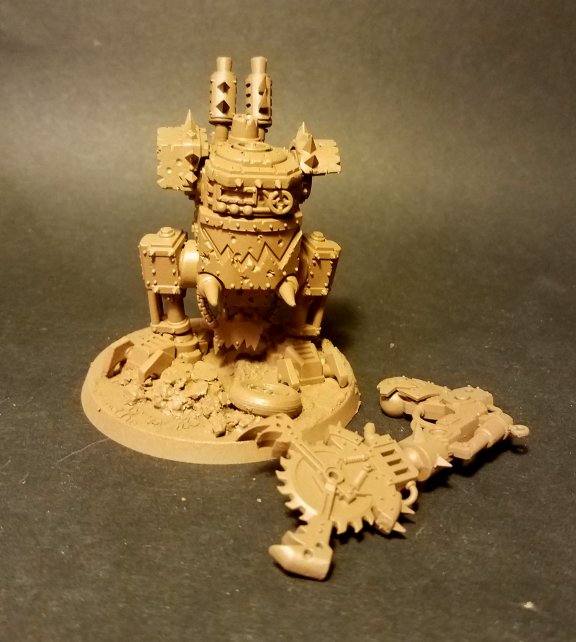 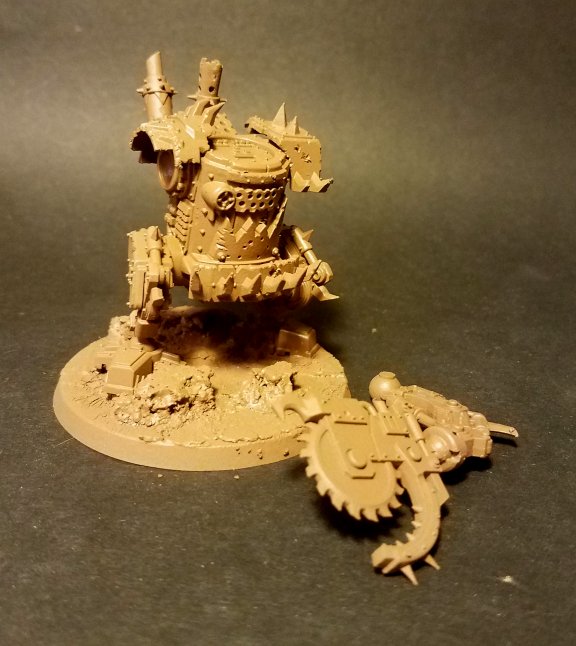 Cheers Y'all!!
Posted by Rednekkboss at 9:59 PM No comments:

Entering yet another challenge at The Bolter and Chainsword , I am getting some work done on upgrading and updating (and eventually playing) my Ork army.  First up, 3 Killer Kans! 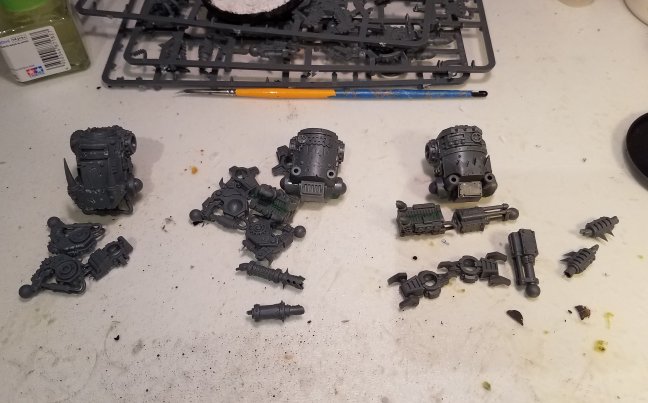 These are neat kits. As with most Orky things, I have to curb my urge to scratch build, because I'd like to get these guys and the other models I have to do actually done by December 15.  But I would like to make 1-3 more of these guys eventually.  Fun kits... but I'm a bit of a nit picker with seams and such, so I had to break out the green putty mixture (squadron green putty and Testors liquid cement) to fill come gaps and such.  Its OK for Orks to look ratty... but not ratty int he wrong places. 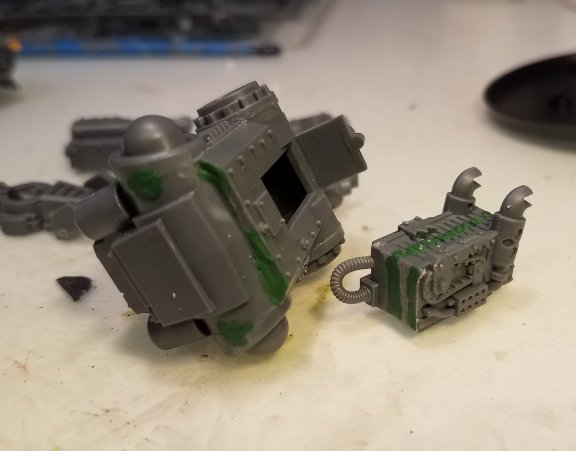 Then comes the fun of scratches, dents and battle damage..... 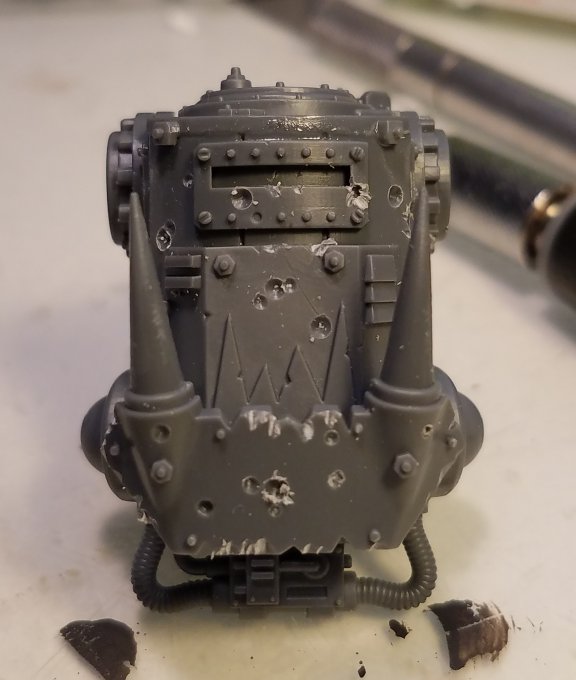 I went a but farther with the bases as well. Started laying in junk and such, with some acylic Crackle Medium. (shown before and after crackle) 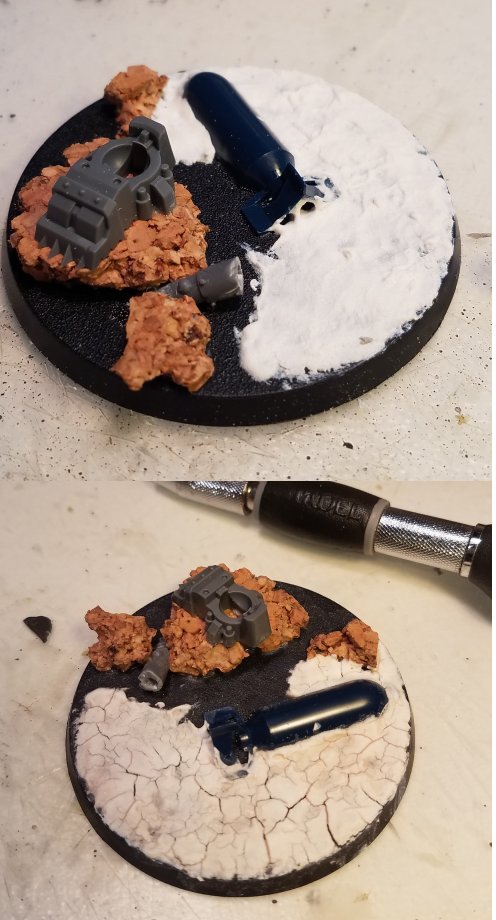 The best part of a scrap laden battlefield is you can put most anything on the base. :)  I seat the crackle with acrylic matte medium, otherwise it chips off. I'll be adding some other bits, then textured stuff and finally some grass and or lichen.